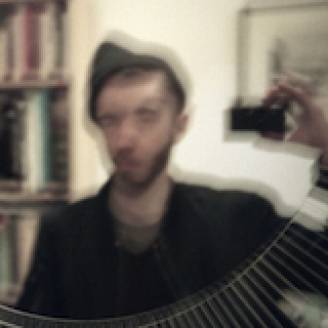 Matt Karmil was born in 1979 near the giant pre-historic glockenspiel / mythical neolithic monument known as Stonehenge. Today he produces and plays a particular form of playful and moody dance music for some of the world's finest record labels and dance floors. Matt was a sickly, introspective child – his boyhood days were spent indoors, practising the classical guitar for endless hours. He got well in his early twenties, smashed the guitars and headed out into the big world outside Salisbury, England. Since that day, Matt follows music wherever it takes him – years of djing, record collecting and working as a producer-engineer in London, Paris, Stockholm and Berlin led to him finding a new home in Cologne by 2012. Matt soon befriended the tight-knit yet open-minded community of music lovers centred around the legendary Kompakt imprint.

“I'd never sent a demo to anyone, and really thought that people wouldn't be interested in the music I made just to entertain myself, but I started to realise that the more I made music based on that premise, the more other people seemed to enjoy it”.

By 2014, Matt's Colognian friends had convinced him to collect some of these products of self-entertainment into “----”, a much-lauded debut album that combines dusty samples and elegant tape hiss with immersing grooves and a minimalist aesthetic. In the same year he released the jubilant club anthem “So You Say” on Tim Sweeney's Beats In Space Records and remixed John Talabot and Axel Boman's Talaboman single.

2015 will see a tidal-wave of new releases from Matt, including his second album, this time to be released by Bristol label Idle Hands, as well as a 12'' for London's Yumé Records, recently premiered by Boiler Room and supported by Ben UFO, Barnt and Matthew Herbert.