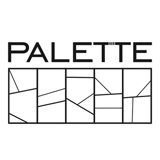 Palette Recordings was started by John Tejada in the fall of 1996. Palette became an exclusive outlet for Tejada to release his most prized music. Past releases have featured music and remixes by artists such as Daniel Bell, Titonton Duvante, Klute, Dominick Martin, and Dan Curtin among others. However these days the label is set up as the primary outlet for the work of its main artists. John Tejada, 21 year Tejada collaborator Arian Leviste, as well as Justin Maxwell and Josh Humphrey. Key releases include Tejada's "End Of It All", "Sucre", "Paranoia", "Mono On Mono" and "Mind Bend" (together with Justin Maxwell and Daniel Bell on vocals).