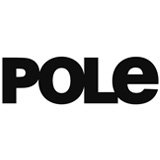 As the next step in the evolution of a legendary producer, on September 1st 2011, Stefan Betke is founding a new artist label named “pole.” Made for the music of pole, this new imprint will keep Betke’s large back catalogue available, as well as give his forthcoming releases an autonomous structure for experimentation and creativity. For over a decade, Stefan Betke has been working as a label owner, publisher and mastering engineer, contributing his experience to the development of electronic music. The artist label “pole” is intended to create a place where pole ́s original and unique sound can be developed further, and combined with new production methods and ideas. In the second half of 2011, pole will re-release his full back catalogue digitally, including classical records such as “1,2,3,” “Steingarten” and “Steingarten remixes,” as well as his new music on a series of 12 inches released on vinyl and digital. As Pole puts it: “My new music will sound very warm, has a lot of bass and stands in a strong relation to my musical history.