Search Log in
The Bionaut - Everybody's Kissing Everyone (KOM RSD 6) 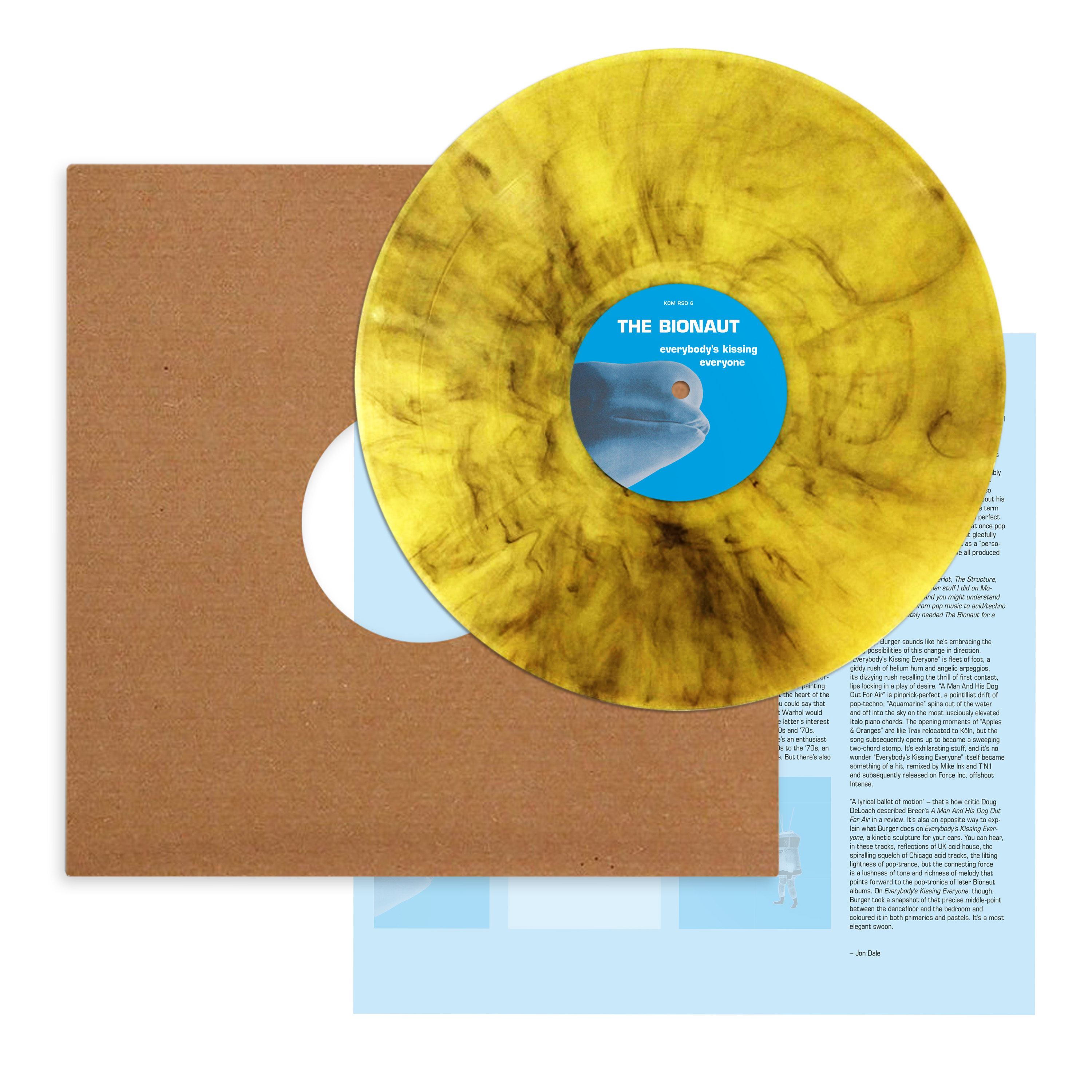 The story’s been told before, though perhaps it hasn’t been documented as well as it should have been: a group of young producers in Germany were knocked out by acid tracks, and in particular, the UK’s acid house moment, convinced by the way it negotiated pop’s pleasure and dancing’s drive. Across the turn of the decade, The Bionaut’s Jörg Burger, alongside friends and peers Wolfgang Voigt, Ingmar Koch, Cem Oral, Andreas Bolz, Gregor Luttermann, would produce a dizzying number of tracks under a mountain of pseudonyms.

1992 was a turning point for Burger. Moving between Frankfurt and Cologne, Burger produced Everybody’s Kissing Everyone with one eye on the dancefloor, the other on the lounge room. The productions from these fruitful sessions share a glam poppiness, even at their most supine, with Burger returning to his pop roots. This was a running theme across the nineties, as he released a stretch of pop-electronica albums and EPs as The Bionaut and The Modernist.

Vivid and welcoming, precision-tooled for the dancefloor, dewy-eyed and humbly melancholy, The Bionaut’s productions manage to make risk and experimentation welcoming, joyous – the inverse of so much studious experimental music. Talking about his productions as The Bionaut, Burger uses the term ‘metapop’ to explain his music, and that’s a perfect way of thinking about what he does – it’s at once pop and beyond pop, with a knowingness that gleefully ransacks pop’s history.

You can hear, in the seven tracks on Everybody’s Kissing Everyone, reflections of UK acid house, the spiralling squelch of Chicago acid tracks, the lilting lightness of pop-trance, but the connecting force is a lushness of tone and richness of melody that points forward to the pop-tronica of later Bionaut. Here, Burger takes a snapshot of that precise middle-point between the dancefloor and the bedroom and colours it in both primaries and pastels. It’s a most elegant swoon.