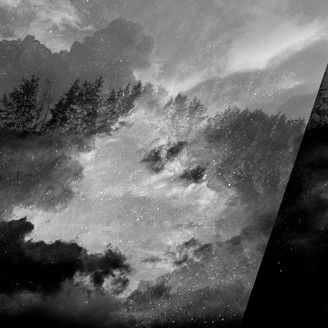 Play All CD
French composer and Ondes Martenot virtuoso, Christine Ott releases her first full-length album since 2009 and her debut record for Gizeh Records. Only Silence Remains is beautifully melodic and filled with mystery, seeing multi-instrumentalist Ott performing on a variety of different instruments throughout the record.

Ott's creations are nothing short of magical, with the piano taking centre stage throughout, accompanied perfectly by the Ondes Martenot, harmonium, tubular bells and percussion. This music is revelatory in its ability to transport you to another time or perhaps even another world. It's nocturnal qualities coupled with subtle romance reveal an artist at the top of her game. Only Silence Remains seeps into your unconscious, and rewards with repeated listening.

From movie soundtracks to opera, through improvisation, contemporary music, theatre plays, dance or rock music, Christine Ott's musical path has always been guided with a ‘no limit’ spirit and will to share her passion for new sounds with others. Ott is a true eclectic artist with a musical journey that knows no concessions, always driven by an insatiable curiosity, uncompromising musical choices, and cooperations born with passion and heart. Collaborations with the likes of Yann Tiersen, Radiohead, Tindersticks, Syd Matters, Daau, Raphelson, Noir Désir, Vénus, Oiseaux-Tempête, Foudre, and Mondkopf have lasted over time.... Her music is all together unclassifiable, disturbing, inspired and melodious.

Ott is a mischievous, extraterrestrial being. Always looking for new and interesting ways to work, she does not settle on one instrument, such as the Ondes Martenot: an enigmatic electronic musical instrument invented by Maurice Martenot in 1928. Nor does she settle on one musical style: she is working with an ever-present passion to shuffle the cards. Ott has been an integral part of Yann Tiersen's experimental band for the past ten years, contributing on both recorded material and live shows alongside a vast amount of other work for theatre, film and dance.

Christine Ott opened for Tindersticks on their recent European tour.