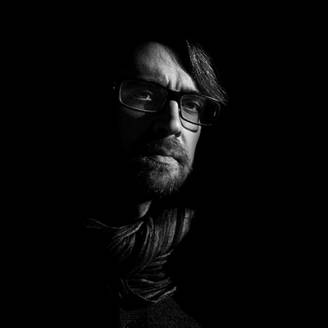 Born in Moscow, DJ and producer, co-owner of Pro–tez record label Anton Kubikov is one of the key figures of the Russian electronic music scene. His wide musical range extends from dub to techno and accompanied by a unique selection of the material, which can be heard on his many podcasts and can be seen on the shelves at his own shop Randomart in Prague.

Under his own name, Anton wrote ambient, dub techno and house music, which can be heard on such labels as Kompakt, his own Pro–tez, MAYAK, Elusive, etc. Juras Lietus alter ego was created as a full analog modular live concept project that represents Anton's fascination with techno and cold electronics. As well-known outfit SCSI-9, Anton and Maxim Milyutenko have released over 50 records and 4 full-length albums, becoming a mainstay in Kompakt's recording family in the process.

Pro–Tez records was created in 2005 together with Ed Vertov and Maxim Milyutenko. It became one of the first Russian vinyl record labels that gave a serious jump start to many young electronic musicians from the ex-Soviet Union and is also a part of Kompakt's label distribution.

Anton also participated in the broadcast of the first Moscow's FM radio station called Substation from 1995 – 2001. These first broadcasts had an immense influence on the development of modern Russian music culture and helped shape the tastes of many techno enthusiasts.