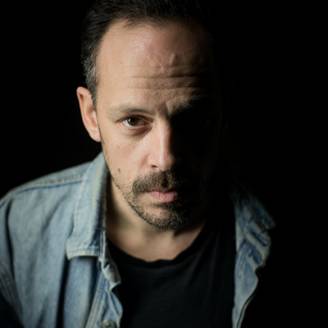 Demian's affair with music began in the early eighties, when he started playing the saxophone at the conservatory. He grew up surrounded by jazz, new wave, rock and eighties' music, all of which still have a strong influence on him. At school, he met a quirky guy who had built a weird machine producing sounds. It was such a groundbreaking discovery that Demian realised he wanted to make a living from“electronically produced music'', which was confirmed when he saw a dj for the first time, in backlight, with a dancing crowd in front of him.

Then, he moved to Spain, although he couldn't speak any Spanish, and started mixing with tapes in a bar. One night, a man asked the owner of this bar who was this young Frenchy everyone had started to talk about in the region. He explained to Demian that he was building a new big club and he wanted him as the resident dj: it all really started at this point. Demian spent 8 years playing 3 nights per weekend, most of the time for 10+ hour-marathon sets, bringing electronic music to the north of Spain at a time when there was only machina. Quickly, he developed the communication and artistic direction of another club and invited all the djs he liked, most of them having now become the biggest djs worldwide (Roman Flügel, Ellen Alien, Superpitcher, Miss Kittin, Chloé, …).

Thanks to the fame this brought him, he has been playing in almost all the clubs in the country for several years. At one point, he felt he had learnt everything possible there and moved to Paris to focus on his own productions, with several releases on Clouded Vision. Jennifer Cardini and Nhar recruited him on their new label Correspondant, where he released two EPs: “As a Replicant'' and “Does Anybody Know''.

But Demian had always felt particularly close to Kompakt's philosophy. He had secretly been dreaming of Kompakt for the last 20 years but in 2016 he felt ready and finally decided to jump ahead. His “Milestars EP" is the concretisation of the entire path he did since his first encounter with the dancefloor, but also the beginning of his new vision.