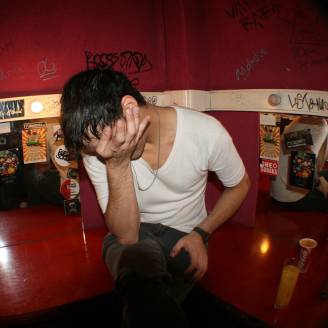 Fra Soler is the resident, for over 2 decades now, of one of the best clubs ever: the Nitsa @ Apolo based in Barcelona. Many refer to him as a walking encyclopedia as far as Techno and club music is concerned and it proves right in his DJ sets. Soler manages to combine the past 25 years of club music into a refreshingly complex eclecticism that retains a homogeneous quality throughout his sets. As a taste-maker and responsible for bringing in talent regularly not only to the Nitsa but also as the main booker for Primavera Sound Festival, Soler is respected as one to recognize and support up-and-coming trends in club music but to veer away from the temporary sensationalists that exist in dance music as he feels that these new movements are part of a greater whole. Fra has djed all over Spain in dozens of clubs and festivals like Primavera Sound, Sonar and Benicassim, and also many international clubs like Rex, Bataclan, Elysee Montmartre and Le Pulp in Paris, Studio 672 in Cologne, Panorama Bar, Maria and Weekend in Berlin, Zoobizarre in Montreal, Velvet in Mumbai, Orange Room in Delhi, Nasa in Reykjavik, Magazzini Generali in Milan... Together with Maxi Ruiz, they have the project called Ferenc, which released their debut album "FRAXIMAL" on Kompakt in 2005. In 2017 Ferenc reunited and played some selected shows across Europe.