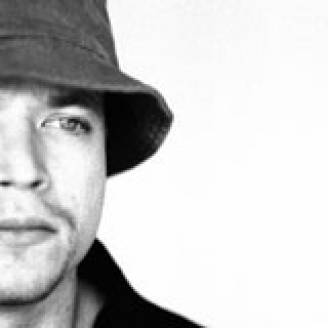 Dubstar is the alias of Christian C-Rock Rindermann.

from 1994 to 1997 c-rock was the man behind a couple legendary events (together with ricardo villalobos) and clubnights with guests like chez damier, dan curtin, david alvarado, john acquaviva, carl craig and many more. a residency at frankfurt's box (former xs-club) started in 1999 and a monthly residency at club monza followed in 2000.

running labels are stir15 recordings (deephouse), lofi stereo (electronic & minimal) and release music (chicagohouse oldskool influenced). side-projects include the management of the music network mad-net and the technical-conception for the red bull music academy. a development-collaboration with ecler audio barcelona brought up the effect-mixer nuo5 and the first real midi dj-mixer nuo4.

his productions and dj-sets are influenced by the early work of curtis mantronik, kraftwerk as well as chicago-house and the strong european electronic body movement. deephouse always has been a major influence as well as all kinds of jazz and dub productions.

c-rock's debut album track & feel (stir15-dlp1/cd1, 1998) is still classified as one of the milestones of the new school of german housemusic and has been voted up to position #8 in the spex "best-of-1998-charts". collaborations with needs (aka boobjazz), ricardo villalobos, luciano & pier bucci, sven vaeth, clair dietrich, chris duckenfield, glance & chris gray, russ gabriel, richard davis, swayzak, richard davis and many more. his dj-career took him to clubs around the globe in cities like santiago de chile, barcelona, zurich, chicago, sao paolo, lisabon, capetown and many more.

latest works include remixes for phonique & erlend oye, abdullah ibrahim and blaze. besides his solo-projects and remixes c-rock also teams up with neville attree under the name of "further" and with matthias vogt for their "motorcitysoul" project.