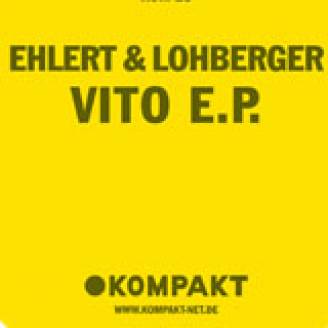 One-off release from this duo which was sorely overlooked. "Vito" was a varied six tracker with some live sounding minimal percussion and those falling-down-the-steps kind of filters pads and chord stabs we associate (and love) coming from blokes like Vladislav Delay & Cristian Vogel. There's a house-tempo hip hop track, one that uses what sounds like the Casio home console rhumba preset over some deep pulse, one with this cool record-scratch shift type effect, even one in 3! Pretty progressive stuff from Kompakt, which is saying something far greater..." -- Hrvatski (c/o Forced Exposure)