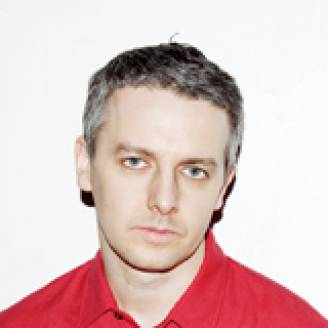 Ewan Pearson has been making records for a living since 1998. He has recorded as Maas for Soma, releasing six singles and an album, ʻLatitudeʼ, and under a number of other guises including World of Apples and, currently, Partial Arts for Cologne's legendary Kompakt label. His remixes for the likes of Depeche Mode,Chemical Brothers, Seelenluft, Cortney Tidwell and Junior Boys have made him one of dance musicʼs most respected producers and have been compiled on 'Small Change' (Soma, 2001) and 2007's !K7 2CD retrospective 'Piece Work'. He has programmed for Goldfrapp and Gwen Stefani and his production credits include Tracey Thorn's acclaimed solo album 'Out Of The Woods', The Rapture's 'Pieces of the People We Love', M83's 'Saturdays=Youth' and 'Cities of Gold', the debut album from Australia's Lost Valentinos.

A published academic at the tender age of 27 ('Discographies: dance music, culture and the politics of sound' (Routledge, 1999) with Jeremy Gilbert), Ewan writes a regular column for Germany's 'Groove' magazine and his 'Enthusiasm' blogs send readers hot-footed to record stores in their droves. As a DJ Ewan's no slouch either.. Two CDs - SciFiHiFi Vol.1 for Soma and July 2007's fabric 35 were both nominated for Plug awards, and his 2006 Resident Advisor Podcast was voted best of that year by the website's readers. A regular at clubs from Privilege to the Pulp to Panoramabar and a resident at Robert Johnson and The Loft, his sets - like the rest of his career - defy easy categorisation, marrying the independent and the underground with a pop sensibility that's all his own.

In the last nine months Ewan has returned to remixing with a vengeance, completing work for October, Escort, Remain, Chapel Club, Crosstown Rebels, Visionquest and Erol Alkan. The first track from a new project ‘Bhutan Tiger Rescue’ (with Julian ‘October’ Smith) is featured on Kompakt's Pop Ambient 2011 compilation. He has also produced a new single for Oxford’s Trophy Wife and mixed Flowers and Sea Creatures' debut album for Buzzin’ Fly.