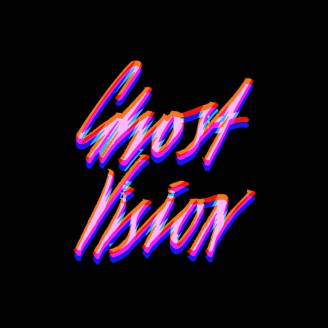 The time comes every now and again for a new sonic aesthetic to lure you into an unpredictable sense of pleasure and euphoria. The year was 2014 when two Kaftan wearing hearts met in a serendipitous moment in Miami WMC. A spiritual connection was made and Ghost Vision were born; the coming together mutual minds and a vast musical encyclopedia. A session was finally booked at the studio, a lifetimes collection of obscure and rare music and was listened to, notes were made allowed to sink in, the creative process began and the sonics began to flow. GV was born.

Ghost Vision are, for lack of any identity, two cosmic paradise seekers; a pairing of well documented children of psychedelia, a welcome presence occupying a space crafted by the likes of Vangelis, Jean-Pierre Massiera Ryuichi Sakamoto and David Axelrod before them. One; a classically trained musician turned purveyor & programmer of club music, the other; a global crate digger and producer in search of other worldly texture. Programmed by revered insight and a longing to create beautiful, off beat, live music. With a lifetime of rare and obscure music at their disposal the duo hid away into the studio in the south of France, nestled on a vineyard with zero distractions and a bon vivant approach.

The yield from the studio of vintage analogue machines is a natural and blissful product. Live jams are approached with little to no presupposition where arrangements come as organic as they could possibly be. The result is lovingly created psychedelic and emotive dance music.