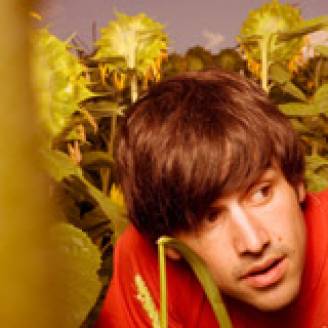 Growing up under the influence of the skateboard and indie rock scene in his hometown of Toronto, the path to techno stardom was not always an obvious one for Canada's Jake Fairley (aka Fairmont). Although he first began dabbling with the electronic side back in 1995, a lack of like-minded friends meant that techno was to remain a private passion until 1999, when local techno don Jeremy Caulfield first encountered one of his live sets. Caulfield was impressed by Jake's physical live show, and his unique take on techno borne out of that initial isolation, and promptly signed him up for the first release on his fledgling Dumb-Unit label. During this early part of his career, as well as releasing tracks under his birth name Jake Fairley also tried on a number of different project aliases, of which Fairmont was just one - allbeit one which spawned a whole album release. In 2002 the highly-respected Cologne label Traum released Fairmont's 'Paper Stars', a lovable, personal album of bedroom electronica which brought a touch of romance and subtlety to the techno format. The project seduced a cult following (including none other than the Pet Shop Boys, who opened their 'Back to Mine' compilation with a Fairmont number), but the project was then placed temporarily on hold to focus on other projects.

Meanwhile, back in Jake Fairley world, a series of dubby minimal techno releases on Berlin's trailblazing minimal label Sender were garnering much critical acclaim, from seminal calling card 'CN Tower' through pop hit 'Cold World' to the brooding soundscapes of 'Exploder' and the accompanying 2002 album 'Crisis'. With it came international fame, top draw techno DJ endorsement, sweaty, raw live performances galore and the Kompakt Extra seal of approval. But Jake has never been one to stand still, and just two years later in 2004 his 'Touch Not The Cat' album on old friend Jeremy Caulfield's Dumb-Unit moved on to incorporate his early rock influences, creating a new punk-infused, noisy techno hybrid which could give T.Raumschmiere a run for his money, with Jake and his no-wave vocals placed centre-stage instead of hidden behind banks of gear.

More recently however the Jake Fairley strand has cooled off slightly, bar a couple of split 12” releases here and there, to make way for the rather dramatic resurrection of the slumbering Fairmont project. 2005 saw Jake switch allegiances, hooking up with emergent UK label Border Community to release the 'Gazebo' / 'Gazelle' double-header and embracing his sensitive side once more, but this time with a slightly stronger kick and an even stronger sense of melody. 'Gazebo' soon took on a life of its own, evolving into the sort of club monster that causes the crowd to fly into raptures at the merest hint of the opening refrain. The once elusive Fairmont softer side had been transformed into a serious club concern, and the everlush melodies were now imbued with a new dancefloor sensibility as Jake took the once clubshy Fairmont live show on the road for the first time.

But now the time has come for the artist to step out from behind the shadow of the massive club hit, with the release of 'Coloured In Memory' on Border Community, the second album under the Fairmont moniker (and Jake's fourth longplayer overall). The 2007 update of the Fairmont sound showcases the true depth and variety of Jake Fairley's talent, uniting his trademark driving analogue machine-funk with intimate, hypnotic vocals, elasticated rhythms, woozy, warm interludes and drugged out highs, with the iconic dongs of discordance and stretchy synths of remarkable new single 'Flight of the Albatross' acting as a fitting precursor of things to come. From the demented-surf-rock-electro of 'Bikini Atoll' and the wobbly Velvets heroin-drone-trance of 'I Need Medicine' to the mellow folk-hop of 'Calm Before The Storm' and the spacey apocalyptic low end of John Carpenter-esque 'Sedatives for the Sentimental', it is perhaps the less obviously classifiable tracks and the more deviant moments of 'Coloured in Memory' where the album truly shines and the broad scope of Jake's vision is revealed. The Fairmont live show meanwhile is currently on the road across Europe and beyond.