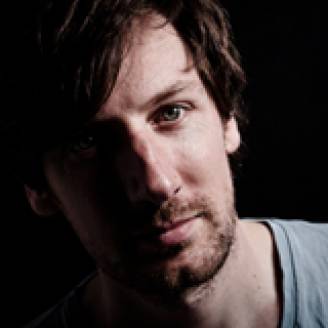 Jonas Bering has released numerous albums, 12" and remixes since the millenium. The frenchman lives in Lille, France. He skillfully glides between melodious klicker pop and transparent noble minimalism and makes them a perfect match. And with an almost provocative sangfroid, he defies any kind of music trends, microtrends and hypes: he braves the saw, the rock, the shuffle and keeps on dreaming of the purest, everlasting, timeless minimal techno.

Bering has shown tastes for dub and groove in techno music and his arty ep "Emballages" (Kompakt/2000) is a good example. The frenchman went epic or romantic with titles like "Normandie", "Can't Stop Loving You" or "Melanie" freshly adapted by Gregor Schwellenbach in a chamber music version. (Kompakt/2013). After an intimist japanese and 4th album named « Regain », he is back and shows his talent as a (probably too rare yet) remixer. Definitly not stingy with the dancefloor, Jonas makes it magical remixing « The Silent Ones » on Kompakt.