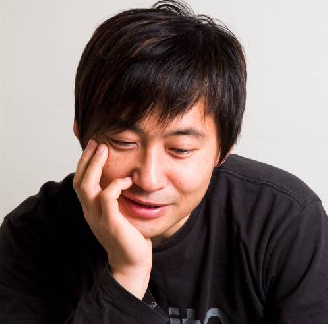 Hiroshi Watanabe (* 1971 in Tokyo Prefecture) is a Japanese musician, DJ and photographer. Watanabe is best known for his releases as Kaito on the german techno label Kompakt. He also releases music under different aliases like Tread or Quadra.

Watanabe comes from a family of musicians. His father was a composer and his mother a jazz pianist. At the Tokyo College of Music Watanabe learned to play the double bass. After moving to the USA, he studied at the renowned Berklee College of Music, where he also earned a degree in composition. He then moved to New York City, where he first appeared musically as a disc jockey in clubs like Save The Robots, Twilo, Speed or Tunnel in the mid-90s. At the same time, he began producing his own techno tracks.

In 2001, “Beautiful Day“, the first work of his “trance“ project Kaito, was released by Wolfgang Voigt and Michael Mayer on their label Kompakt, which until then was known primarily for its Minimal Techno and Ambient productions. In 2002 the first Kaito album “Special Life“ followed. Until today Kaito has released four full-length albums (Special Life, Hundred Million Light Years, Trust, Until The End Of Time) and 4 re-arranged and beatless versions of these.

Watanabe also turned himself to photography, which has a visible influence on the design of his publications. For example photos of his son (who also goes by the name) Kaito can be found on his album covers.

In 2014 Kaito was joining the stage with the renowned WDR Funkhausorchester together with Gregor Schwellenbach, Michael Mayer and COMA as part of the Kompakt project “Kompakt meets WDR Funkhausorchster“ at the Gloria Theater in Cologne.

Hiroshi has continued playing DJ and live performance under Kaito and Hiroshi Watanabe constantly touring throughout Japan and overseas. He has released loads of music on many labels such as Kompakt, Transmat, Optima Trax, Moodmusic, Ibadan Records, BPM, King Street Sounds, Nite Grooves, Klik Records and many more. In 2018, another milestone in the career marked the release of the EP “Threshold of Eternity” on world-famous Transmat Records.