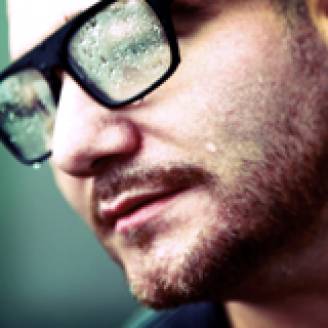 Olivier Grégoire aka Kolombo hails from the city of Namur, in the South of Belgium where he's been djing for a long while as well as promoting highly succesful parties.
He has also been producing dance music since 2001but it took him a couple of years more to really master his art of modern production within many pseudonyms and dance music genres and a HUGE discography.
He came to international proeminence trough King Kong records (Sharam Jey's label) for which he's been producing many electro-house Eps with his partner Djerom under the name of Loulou Players.
The pair went on to remix artists such as Darren Emerson, Joachim Garraud, Zoo Brasil, John Acquaviva or Remo feat Cheleonis R Jones and became a hugely influential dj duo in the South of Belgium, playing huge raves and festivals. Carried by this succes, Olivier founded his own label, naturely named Loulou records but then felt it was time to start producing alone and started recording under his soon-to-be-big Kolombo moniker.
He started to experiment new ideas and production techniques and made a mix between house, tech house & minimal and still with an club feel on labels such as Giant Wheel (with Ante Perry), Boxer, Hypnotic, Robotronic, Ladies and Gentlemen, Add2basket, Karate klub,...
He was also spotted by Systematic records boss, Marc Romboy who created a sub-division of his label to release his Kolombo material call Viceversa and got him to remix Systematic artists under his real name, Olivier Grégoire as well as a full solo Ep on Systematic.
He then hooked up with Belgian producer Compuphonic to release eps on Tiga's Turbo imprint for which he has also solo material lined-up. They also have remixed Cari Lekebush and the Presets (on Modular) and Martin Solveig.
As a side project he's also producing deeper music together with Belgian house dj veteran Geoffroy (Hi-Phen, Suicide, SSR) as Mugwump whose recent eps on Mood Music, Misericord (Ewan Pearson's label), Disco45 (Rob Mello's label) and Kompakt have been causing a stir (imminent Mugwump remixes and tracks on Kompakt, Cocoon, R&S, Gigolo, Eskimo)
The future looks bright with new material lined-up on Systematic, Turbo, Boxer, Hypnotic and many more as well as collabs n remixes all over with Compuphonic, Ante Perry,Oliver Klein, Mugwump and start a new deephouse projet with his cousin call Family Stuff...