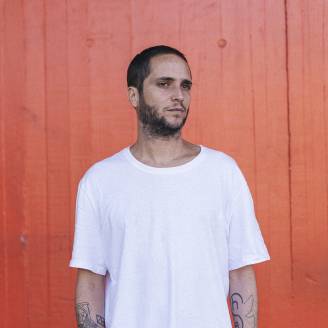 Singular as a complete author, composing and producing all his musical trips. Journeys that roam throughout the provoking contrast of his rhythmic melodic complexity and the simplicity of his self. L_Cio is celebrated by high demanding listeners and adored in high temperature dancefloors, thus it becomes easy to understand how he stands out in festivals such as Dekmantel São Paulo, Rock in Rio, DGTL and Mysteryland, as well as constantly occupying the booth at Teutonic bastions such as Sisyphos, Salon Zur Wilden Renate or Robert Johnson.

The charms of his music have propelled him to varied locations and taken him across Europe, reaching places as diverse as France, Malta and Lithuania and to the catalog of labels such as D.O.C., Soul Clap, Live at Robert Johnson and Perlon. Also, it helped L_cio transform in profound ways the independent scene that nurtured him and explore the city that raised him.

In his native Sao Paulo he has become a major player in that scene: a renowned supporter of urban culture, resident at innovative organizations such as Carlos Capslock, fierce promoter of equality and universal access to cultural goods. In short, relentless not only on the musical front, championing the production and creation, as well as the dissemination of the highest values it encapsulates.

Thus, because of all of this, among many other factors, it is hard not to be enthralled when we follow a narrative so consistently promising as his, one in which artistic evolution and personal development are deeply intertwined. Or, even better, to become a part of it.