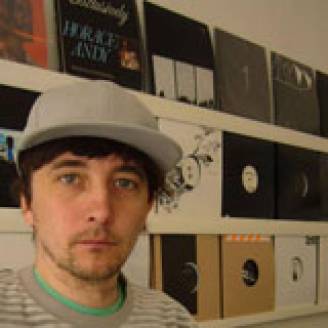 Peter M. Kersten aka Lawrence / Sten launched the Dial label in 2000 together with his flat mate and Dj friend Carsten Jost.With his Labelmates Pantha Du Prince, Efdemin, John Roberts it is not only the music they spread, residencies in Berlin's Panorama Bar or Ego Club Hamburg and the House Music sublabel Laid Records make the Dial imperium go round.His deep love to house and techno music made him launching a record store in Hamburg St. Pauli called "Smallville" and a second label under the same name.It is no secret how much the Dial and Laid label co-founder loves the classic emanations House and Techno, and the fact that his track "Étoile du Midi" was featured on Sven Väth's prestigeous "The Sound Of The Thirteenth Season" proves that this love is highly recognized in the scene.

Due to his large Output Peter Kersten toured around the world to invite the dancing people on a deep journey into Lawrence/Sten-sound, hitting the floors in Russia, the United States, South America, all over Europe and even Japan, where he released a compilation in 2006 of his best tracks, Remixes and some exclusive new tunes on Mule Electronic. His deep love to house and techno music made him launching a record store in Hamburg, St. Pauli called "Smallville".