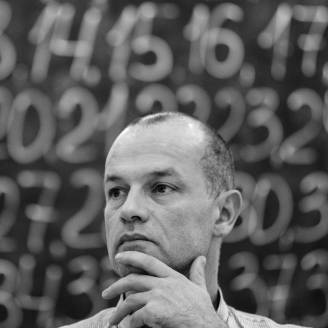 Marcus Schmickler is an internationally acclaimed key-figure emerging from the Cologne experimental scene of the 1990s and is best known for his glitchy pop project Pluramon and his works on labels such as Editions Mego, a-musik and Presto!?. His work has been genre-defying and he has been one of the most versatile artists working in music today.

Having composed scores for award winning films and collaborated sucessfully in theatre and radio play, Schmickler has also written for and performed with internationally renowned orchestras, chamber-musicians and choirs. A collaboration with Ensemble Musikfabrik and a film initiated by Gerhard Richter was touring festivals such as the Holland Festival in 2018. In 2016 Schmickler became part of the highly-acclaimed Kompakt project »City Life« where he played live alongside Wolfgang Voigt and Gregor Schwellenbach performing an experimental musical dialogue with the Cologne Philharmonic Orchestra.

His pioneering avant-garde electronica pieces are often a result of non-music scientific research to create a highly dynamic and unique multichannel music. Despite its conceptual narratives this immersive no-bassdrum music never misses to baffle both the open-minded club-oriented audience as well as those informed by contemporary music and arts.

Marcus Schmickler will be available for special projects and multichannel-audio concerts. For your audiences, this artist can create an experience unheard of.