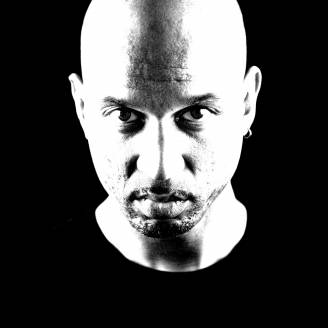 He is one of the first Dutch techno producers / musicians to establish a vital connection between Detroit and Amsterdam in the early 90’s.Orlando Voorn has long been recognized as one of the Netherland’s most original and ingenious techno producers in the world of electronic dance music.

Voorn began DJing at the early age of 12 years old and later went on to win his first scratch competition at Amsterdam “Club Flora Palace”. Amazingly Voorn did this by borrowing records from his competitor. After winning that competition he continued to practice every day and was discovered by a Dutch Radio host named “Robin Albers” who was in charge of the Dutch DMC DJ Championship 1986.

Surprisingly Voorn placed 1st in the Dutch competitions 1986 & 1987 for Holland which placed him in the world championships of DMC twice in the United Kingdom where he came in 3rd place 86 and 5th place 87 spinning with his own characteristic blend of hip-hop, and electro music.

Towards the end of the eighties he acquired his first sequencer and turned his hand to producing his productions, his first project was under the alias “Fixomatic” – “Hurt em Bad” the track was an old school hip hop record and sold very well for that period of time.

Voorn has a great vision for combining sounds, rhythms and key structures. When you look at Voorn’s past it mainly consists of 2 important factors. He started playing drums at an early age of 9 years old and having professional drumming lessons although he could not comprehend reading notes his drum teacher said to his parents “Orlando doesn’t need to read notes” he was indeed a natural and could play everything that was shown to him once.

Later on, Voorn produced a couple of tracks based on sampling music; he met with Steve Clisby from a successful band called the “American Gypsies” in the early 80’s. Clisby was intrigued by the way Voorn put together a production based upon samples; when an agreement was established Voorn worked together with Clisby who would teach Orlando chord structures. This was a major step for Orlando as it changed his view on productions tremendously.

He no longer needed to use only samples but he could, in fact, create a track/composition from playing it all with keys, bass lines, piano’s etc… Subsequently, Voorn made a name for himself under the alias “Frequency” with a classic label known as Lower East Side Records with titles such as “Where is Your Evidence” “Kiss the Sky” and “Industrial Metal”. As a result of these tracks, Voorn was introduced to Techno pioneer Juan Atkins and they later started to collaborate & produce tracks together at Voorn’s home studio where he remixed “Industrial Metal’ while Juan tweaked the sounds to make them come out of the speakers a little more pulsating. Atkins & Voorn worked extraordinarily well together and Juan taught Orlando how to merge the sounds as well as how to change the standards of conventional techno productions. Soon after they would join forces and produce the well-known track called “Game One” which became a classic record on Atkin’s label “Metroplex” and later it reprised on Voorn’s imprint “Nightvision” double CD Compilation 1996. In that same time span Voorn had met Blake Baxter and collaborated for the infamous ESP Records and under the alias “The Ghetto Brothers” they made 2 EP’s with timeless classics as “Ghetto Disco” and” Ghetto Blues”. Voorn also did recordings for a legendary Detroit techno and house label “KMS” an imprint of Kevin Saunderson using yet another alias known as “Fix” where he created a dance floor destroyer track called “Flash” which remains in many DJ’s crates at this moment. “Flash” became a hit in the Detroit clubs first before the record had broken out internationally. Voorn has a well-known history of working with Detroit’s techno originator’s including Derrick May’s imprint “Fragile” under yet another alias “Complex” entitled “Midi Merge”. His Stunning Album on Rush Hour under his own name "In My World who hit the number one favorite Album of 2016. Not to mention a full collab Album. Frequency vs Juan Atkins in 2017 on OUTER records. Voorn used many Aliases’ back when he started to produce records in order to present various styles of music without limitation to producing only techno. It was a common fad to use fictitious names as it is today. Voorn has never limited himself to one particular style of producing only techno. You could easily say that he is incredibly versatile in switching between many styles that demonstrates him as a well-known producer. Techno and House Aliases’ being used over two decades are: Balance, Baruka, Basic Bastard, Complex, Defence, Dope Dog, Fix, Fixomatic, Format#1, Frequency, Galaxy, The Judge, Limited Edition, Living Room, Maniax Traxx, Mute, The Nighttripper, PB 2000, Playboy, Progress, Solar, The Stalker, Tank, Trigger, Ultra, Urban Nature, X-It and Orlando Voorn.