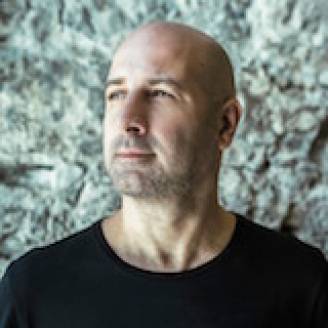 Ever since his first EP back in 1995 on Ozone Records, OXIA placed himself as spearhead on the French electronic music scene. With a series of releases under his belt on labels such as his own Goodlife, Intec, Terminal M… OXIA released his debut album ‘24 Heures’ in 2004 on Goodlife.

The Frenchman delivered over the years an impressive list of remixes and releases on famous imprints (Kompakt, 8bit, Tsuba and many more). His worldwide hit 'Domino', released in 2006, has close to 20 million views on YouTube, and his house-infused track 'Whole Life' (2009) won Beatport Music Awards’ Second Place in the ‘best tech-house’ category. It was also number one on Resident Advisor’s annual DJ charts.

Oxia’s widely acclaimed second album 'Tides Of Mind' was released in 2012 through the French label Infiné and saw collaborations with various vocalists - of whom, notably, Miss Kittin.

Many collaborations followed, with Agoria (on Visionquest) or Nicolas Masseyeff (on Noir Music)… In 2015 Oxia delivered remixes & EPs on highly respected imprints such as Hot Creations, Saved, Knee Deep In Sound…

2016 saw Oxia going back to 8bit, releasing his ‘Unity EP’. Summer of 2016 also saw Oxia perform multiple times for Music On at Amnesia Ibiza for the third year in a row, including notably its closing.

In July of the same year, together with his close friend Nicolas Masseyeff, he founded Diversions Music. The label’s first release was ‘Connivence EP’, a three-tracker by the duo themselves. October saw Diversions’ second release, ‘Secret Point EP’, another tight trio from Oxia himself. It rich breadth covers every chapter of the night imaginable and represents House’s fullest spectrum from lean and deep to diesel powered tech.

In February 2017, OXIA’s classic hit “Domino”, which had recently celebrated its ten-year anniversary, was re-released on Agoria’s new label, “Sapiens”. “Domino Remixes” featured a reworked version by its creator, as well as remixes by Frankey & Sandrino, Matador and Robag Wruhme. In March of the same year, OXIA remixed Moby's 1999 classic hit "Why Does My Heart Feel So Bad ?", released on Spanish artist Coyu’s label, Suara.