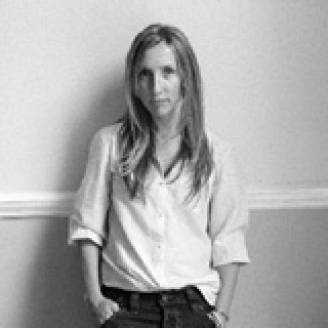 Taylor-Wood was born in London, England. She is a graduate of Goldsmiths College.

Before breaking out as an artist, Taylor-Wood worked at the Royal Opera House and managed the Camden Palace nightclub. In 1991, her work began to appear in a number of group exhibitions alongside that of contemporaries from Goldsmiths.Her breakthrough came in 1994 with the work Killing Time in which four people mimed an opera score. From that point multi-screen video works became the main focus of Taylor-Wood's work. Beginning with the video works Travesty of a Mockery and Pent-Up in 1996, Taylor-Wood began to use professional actors. Her work since 1996 has often featured celebrity friends. Elton John was included in a large photo-work, and commissioned Taylor-Wood to make a promotional video starring Robert Downey Jr. for one of his records. In 2002, Taylor-Wood was commissioned by the National Portrait Gallery to make a video portrait of David Beckham sleeping.

Taylor-Wood is also a long-time collaborator with Pet Shop Boys having produced films for their Somewhere concerts at the Savoy Theatre, London. She has also been guest vocalist on two Pet Shop Boys produced songs - in the Boys' rendition of Serge Gainsbourg's "Je t'aime... moi non plus" and Donna Summer's "Love to Love You Baby". For the latter of these two releases, she used the pseudonym Kiki Kokova. In October 2008, another Sam Taylor-Wood and Pet Shop Boys collaboration is due, this time it will be a cover of "I'm in love with a German film star" by the Passions, accompanied by a video directed by Baillie Walsh.

Taylor-Wood was nominated for the Turner Prize in 1997 and won the Illy Café Prize for Most Promising Young Artist at the 47th Venice Biennale.

In 2008, Taylor-Wood directed a short film Love You More, written by Patrick Marber and produced by Anthony Minghella, which was screened in Main Competition for the Palm D'Or at the Cannes Film Festival. The film includes two songs by Buzzcocks and features a cameo appearance by the band's lead singer Pete Shelley. She is planning to direct a full length feature film, "The Story Of You", an adaptation of Julie Myerson's 2007 novel.