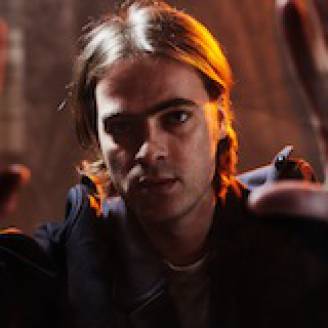 Sébastien is from France and his passion for music started very early… Ten-year old Seb heard a sound that made him dance/weak/tremble. The medium was disco and the message was instant like the big bang. The loudest sound from nothing brought with it the first feeling of electronic music. A few years later in Paris, a tape from his older sister drove him deeper into the universe of electronic music and accompanied him into his teenage years in Paris. It was all about nightlife activities, experiencing parties, and organizing them himself with a friend. Later, someone brought him to a famous party in Batofar ( Kwality party ), and he soon began buying records in Katapult record shop. He started to build up a collection of vinyl and discovered the special sound from Cologne.

He soon laid his hands on a synthesizer and a drum machine and began to make music of his own. Obsessed by the minute details, he found inspiration in some artists and saw how most of them were from the German electronic scene. The Dada movement is also something that affected a lot his music, specially for the treatment of his own vocals.

Sébastien found himself singing and playing synthesizer in a psychedelic band. Singing like a choir with effects, rehearsing with long haired metal men - the influences were enchanting, but not quite his taste, and after half a year something else was calling. A longing started to grow in him, the horizons of another city. It was time to hit the autobahn. He put a tiger in the tank and drove to Germany. The years in Berlin were a seducing hotbed of art, music, going out, playing music and producing music.

He released several Ep but in 2010, it really began to be serious when he joined the prestigious label Kompakt. He released two Ep with them which the hypnotic "Fallen Angel" and also the annual "Compiles" Total 11 & 14.

2015 was the release year of a big track for Sébastien, "Captain Drag", this underground hit, was first discovered at the Burning Man Mayan Warrior stage during Rebolledo & Barnt set and then was played for the opening of the Chanel show in September 2015.

After 5 long years spent in Berlin, he now lives between Paris and Brussels.