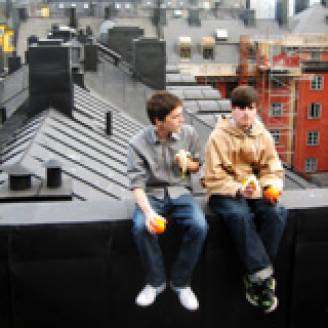 The Rice Twins are Jesper Engström and Valdemar Gezelius from Stockholm Sweden, born in 1982 and 1983. After forming The Rice Twins in 2005, their first demo was picked up by Michael Mayer and Wolfgang Voigt of Kompakt. In february 2006 they debuted with a twelve inch split with legendary The Orb on Kompakt Extra. The still popular "For Penny and Alexis" has to date been followed by another three 12" on Kompakt sublabel K2. Despite their patient working speed, the Twins have managed to appear on the classic Total-compilations three years in a row, have been included on mix albums by Michael Mayer and Gui Boratto, and remixing tracks for artists such as Barbara Morgenstern. With their 2008 release, the blissful and moody "The Signifier", they made a nice contribution to the new musical genre of Emo-house. Currently, the Rice Twins are settled in the studio to record their debut album for Kompakt.