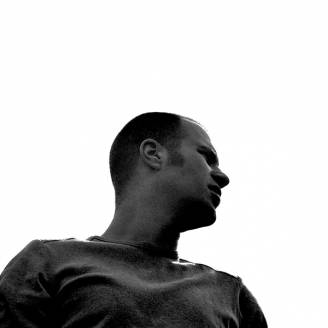 Between the music emanating from his eldest brother’s bedroom and the rare electrofunk mixtapes borrowed from his sister’s DJ friend, Thore’s siblings had some of the earliest influences on his musical repertoire growing up.

After that, a wave of old school hip hop and rap began to spill over from the United States. At the same time early European and German electronic sounds started to make an impact on Thore’s life. This led Thore down a path all the way up to the most recent minimal techno music.

Born in 1973 in Braunschweig, Germany, Thore grew up in the Rhein-Main area near Frankfurt. In the early 1980s when Thore was only an adolescent, he joined a local breakdance crew and even landed a few gigs on stage. Around the same time Thore began practicing illegal graffiti. Although he has never been caught, this was the beginning of a new passion for painting.

Thore finds the alliance between art and music essential for the overall impression of an artist's work. He practices acrylic painting every so often, and used his own artwork as covers for his demos.

For several years Thore felt the urge produce to his own music but was missing the technical skills and connections to teach him. This changed when Thore met techno DJ and producer, Thomas Gwosdz.

Ever since, puzzling with bizzare samples not only became a hypnotizing habit but also a useful form of therapy.