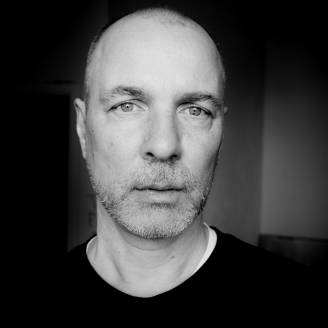 Tobias Thomas, born April 1970 in the south of Germany, is a member of the inner circle of the Cologne based electronic label Kompakt since the early nineties. He is working as a professional DJ since 1990, as a producer he was involved in cooperations & projects like Forever Sweet (with Michael Mayer and Reinhard Voigt) or Thomas/Mayer (with Michael Mayer) and did remixes for Tocotronic, Wassermann, Blaze, Commercial Breakup, Peter Licht, Andreas Dorau, Stella, Phantom/Ghost and others alongside Superpitcher, Jörg Burger, Dettinger, Michael Mayer, Ada, Geiger and Reinhard Voigt.

After working as a music journalist for german music magazine SPEX from 2000 - 2006, Tobias became part of the Cologne music festival c/o pop, where he worked as the program director until 2013. Since 2014 he is part of Kompakt as booking agent, project and artist manager.

Between 1998 and 2014 he was hosting the famous »Total Confusion«-Clubnight in Cologne. As a DJ Tobias Thomas played in more than 30 countries and on 4 continents.