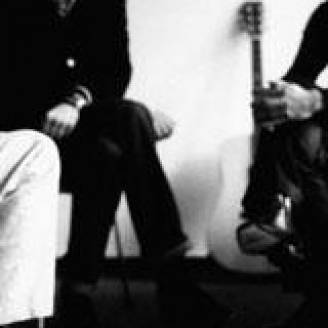 Tocotronic is a German rock band founded in 1993 (see 1993 in music). Similar to Blumfeld or Die Sterne they are considered a part of the Hamburger Schule (School of Hamburg) movement. They are influential for bands such as Tomte or Wir sind Helden.

Tocotronic got signed to "L'Age D'or", a German independent record label situated in Hamburg, in 1994 after quickly gaining popularity in the local scene. Their early style consists of ironic sloganeering ("I want to be part of a youth movement") and almost diary-like songwriting, paired with a lo-fi punkrock sound. In 1995 they released their debut-album "Digital Is Better". Their third album, released in 1996, was the first to hit the German charts. The music got more complex over time, their lyrics less direct, resulting in a sound that was compared to that of "Pavement" on Tocotronic's 1999 album "K.O.O.K". The self-titled "White Album", released in 2002, features dreamlike songs; metaphoric, heavily produced, highly polished, it completes a slow but steady course away from their early works ("eins zu eins ist jetzt vorbei" - "one-to-one is over now").

Despite never being overly commercially successful, Tocotronic have a steady fanbase in Germany and their records have been reviewed in mainstream newspapers and music magazines alike.

In January 2007, Tocotronic announced the release date of their new album "Kapitulation", which will be the July 6 2007. Also announced was the end of Tocotronic's cooperation with their long-time label "L'age D'or", and consequently "Kapitulation" will be released by Vertigo Berlin, a sublabel of Universal music.