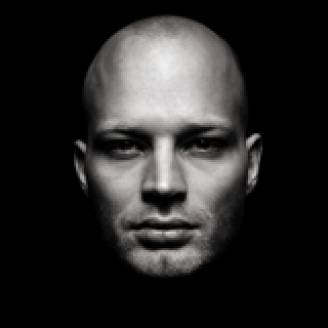 Tomas has played drums since he was 10 years old, but at some point in his late teens he bought a recordplayer, an Atari-computer and an Akai mono-sampler. He slowly started djing and producing music. Since then (late 90’s) he has been doing a variety of electronic music, both alone and together with different partners (fx. Kasper Bjorke) and on various important record labels. After some years in the electronic club scene live music was slowly catching in on him again, and he startet Whomadewho with two fellow danes, where he plays drums and produces. In general you could say his career has been rather diverse – basically he has been doing everything from ambient techno to Japanese pop.

Tomas has been involved in many different constalations. The most succesful is Whomadewho, who has released two albums and has been touring the whole world from New York to Sydney and been playing the most significant clubs and festivals like Sonar, Glastonbury, Melt and 10 days off. Whomadewho is now releasing on Kompakt.

Jatoma his other trio was founded in january 2010 and within a year they had a record contract with Kompakt and had released their debut album with exceptional reviews – from DJ Mag to The Independant. Tomas was also the cofounder of Tartelet Records (with Fredski), they recently did two ep’s on Get Physical and the track ‘Swan Lake’ made it to the records bag of most important house djs and climed to number 7 at the main Beatport chart. In addition Tomas has been working with many danish acts from upcoming indietronica band Giana Factory to Punk legend Steen Jørgensen and majorleague producer Anders Trentemøller with whom Tomas produced the classic ‘Copenhagen’. Recently he produced ‘Bubububadub’ together with MHM 1, the track (which actually feature vocals by Whomadewho) made it to Loco Dice’s ‘The Lab’ complilation and in Ricardo Villalobos’ recordbag.