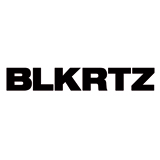 It has been 12 years since Scott Monteith quietly launched his Deadbeat music project with an unassuming performance on the street outside a Montreal café as part of the first edition of the city’s now internationally lauded Mutek festival. And while the venues and audiences have grown steadily and seriously in the years since, the crackling dub sonics, deep grooves, and rumbling bass which characterized that performance have remained a constant in his live and recorded work, and earned him a substantial number of devoted followers the world over in the process.

Having worked with a virtual who’s who of the most respect labels in the industry over the last decade, Monteith now takes the plunge into the murky depths of labelhood, launching his BLKRTZ imprint with no less than a full album of new material. “When I received the news a few months ago that ~scape was officially closing its doors, I was incredibly sad to hear it.” says Monteith from his new home in Berlin. “Though I hadn’t worked with them in a few years, I always saw ~scape as the natural home for a very important part of my work. Not necessarily the more listening side of things per se, but certainly the most unconcerned with genre or function, from a creative stand point the most free I guess. Barbara and Stefan worked very hard to promote a great deal of quite marginalized material over the years and did a lot to help me and many other artists out personally who otherwise would have had a much harder time of it. Though I’ll be concentr ating on my own work for the first few releases, it’s my hope that BLKRTZ can serve a similarly honorable purpose in the years to come.”

In celebration of the label’s inaugural release, Monteith has teamed up with long-time friend and world renowned video artist, Lillevan, to create an immersive audio/visual performance quite unlike any other. “Lillevan and I were invited to take part in the Cinechamber project at this year’s Transmediale festival, and though our performance sadly fell victim to the technological bottle necks of a decidedly experimental environment, we came away from it with a lot of great ideas that we felt were important to develop further. I’ve known Lillevan for a great many years now and have always enjoyed his work and company and I think what we’ve put together something that stands out as quite unique from anything either of us have done before. Mutek has always been a strong supporter of both of our work and we’re very happy to be able to debut the fruits of our labor at the festival this year. ” Press Inquiries: melissa@tailored-communication.com  Bookings: p@cynbookings.com