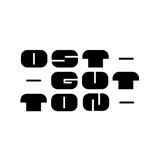 In order to provide our Berghain- and Panorama Bar residents with an artistic and social home, Ostgut Ton has been launched as a label at the end of 2005. Immediately, the interaction of club and label has proven to be a very fruitful combination. The unique sound architecture of Berghain especially, has directly left a mark on productions by Ben Klock, Marcel Fengler, Len Faki and Marcel Dettmann. The club serves as a permant linchpin for everyone involved. Here, all new tracks and records get their first test, the club is the reference. Over the last few years, this constellation brought forward a signature sound, which fortunately didn’t pick up on any recent trends dominating dance music. This sound can best be paradoxically described as an utterly unnostalgic take on Techno, which has been produced with the experience of Techno’s heyday during the 90s still in mind. Although the tempo has been slowed down, it still oozes with vitality. Of course this doesn’t mean that every Ostgut Ton sounds the same. On the contrary; It should just be clear that Len Faki’s „Rainbow Delta/Mekong Delta“ EP is the other, ravier side to Marcel Dettmann’s and Ben Klock’s coin. „Rainbow Delta“ has been voted ‚best track“ by the readers of german Groove magazine in 2007. As if this wasn’t enough, Len Faki also made best producer and best newcomer in the same poll.

With releases by Prosumer &Murat Tepeli, Tama Sumo, Nick Höppner and MyMy, the label also caters for the different shades of House music represented by all the Djs at Panorama Bar. Wether it’s a very personal take on Chicago’s oldschool sound as on Prosumer & Murat Tepeli’s debut album „Serenity“, or wether it’s MyMy’s contemporary style tailor made for dancefloors, Ostgut Ton hardly knows stylistic boundaries, as long the music meets the label’s quality standards. With all sleeves designed by friendly artists, there’s a visual counterpart to the club’s and label’s concept.

On the mix cds by André Galluzzi, Cassy and Marcel Dettmann released so far on Ostgut Ton, the focus lies on capturing immediate, authentic moments. None of the mixes went thorugh digital postproduction, as in our opinion nothing is more boring than flawless perfection. Especially Marcel Dettmann’s mix „Berghain 02“ has won wide spread, critical acclaim. It contains unreleased material by artists like tobias., Norman Nodge and Shed. On the occasion of its release, german Goove magazine dedicated a cover story to Marcel as well as Ben Klock. „Berghain 02“ has also just been voted ‚best compilation in 2008’ at Resident Advisor. The influential and highly frequented website also voted Ostgut Ton ‚best label 2008’ and made Shed’s debut album „Shedding The Past“ on Ostgut Ton their favourite album of the year. In just a few years, Ostgut Ton managed to foster an idiosyncratic style with an uncompromising and coherent release policy. It is no exaggeration to say that the label has become one of the most influential platforms for Techno and House of today, of which a lot may be expected in the future. We are looking foward to it.