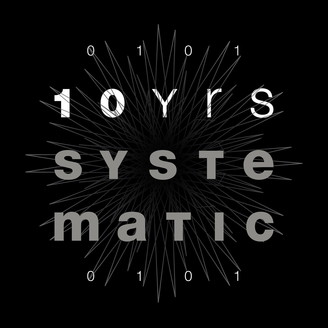 Play All 2xCD
Marc Romboy's imprint Systematic Recordings may celebrate a lot of jubilees this year. After just having released the 100th 12" single featuring two new tracks by Stephan Bodzin and Marc himself it's now time for an extended 10th anniversary compilation with various artists.

"I just called a couple of producers I like a lot like Audiojack and Jimpster plus many friends who have already released many tracks on Systematic before, like Robert Babicz, Stephan Bodzin and Dusty Kid and I'm fairly happy about the high quality of all songs they've given to me" reports Marc Romboy.

In total there are 20 exclusive and unreleased tracks from the further likes of John Tejada, Patrice Bäumel, Wehbba and Gorge & Nick Curly plus a downloadable DJ Mix including assorted tracks by Marc. Something to highlight is without a doubt a brand new track by Marc's pal Stephan Bodzin. He has contributed a new track called "Sungam", the opener of the compilation and it's his first solo track for quite a while. Be ready!