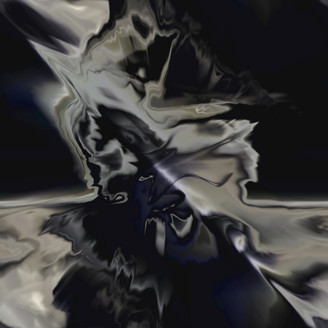 Play All Digital Album
»2013-2014« is the third release of ambient music by Tim Roth a.k.a. 1k Flowers on Martin Hossbach, following »Unthreatening Auras« (2019) and »Spinning Faster Than The Room« (2020). »2013-2014« is an amalgamation of Tim Roth’s two earliest ambient outings which have since vanished from the internet.

Roth enjoyed making this ambient music as it kept him busy whilst having a calming effect at the same time. Each of the songs were produced in one single session with Roth always starting from scratch. He had no idea where the making of the music would take him, one sound led to another or required certain melodies which were then improvised on the spot.

1k Flowers’s music is 100% digital and mainly sample-based. The samples Roth creates himself, he never samples other people’s music and prefers using concrete sounds which he then manipulates – a live drum sound can easily turn into something flute-like… He loves messy soundscapes, sonic sensations that live, breathe and shake.