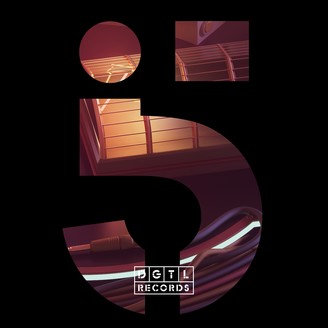 Play All Digital Single
DGTL Records - the official label arm of Dutch festival giant DGTL - marks its fifth anniversary in style with brand new album ‘5YRS of DGTL Records’. The 14-track long player is released on April 16th as a 4x 12” vinyl set and drops digitally across 4 separate EP releases between February 18 and April 1, of which the third one features Adriatique, Roman Flügel and Nicky Elisabeth. All three make their debut on the imprint.

Adriatique ramps up the third release with the uplifting and progressive track, ‘Arcade Mode’. A constant drive is layered throughout the track supported by deep kicks, warm synths and soothing sound design, ‘Arcade Mode’ delivers you a sense of enlightenment and freedom. Roman Flügel brings in the sun with ‘The Mass’. Tribal elements are found throughout, from the jumpy drum patterns to springy synths, which helps deliver this sense of optimism even further, embodying a truly warm summer song.

To close the third release Nicky Elisabeth delivers ‘Into Your Arms’, riddled with a sense of nostalgia, yet also hopefulness. With soothing vocals and warm percussions throughout the track, lose yourself to memories of the past as breakcore drum patterns and bouncy kicks take you by surprise.