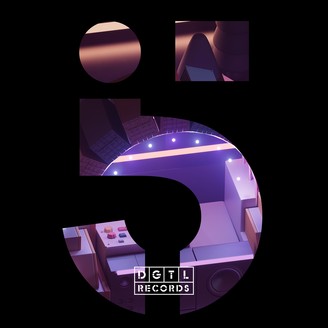 Frank Wiedemann & Trikk join forces for their first ever collab, called ‘Ponto’, a perfect blend of their production styles. Thumping drums and a heavy bassline set a dark mood, balanced out with plucky synths and playful sounds. Terr and Daniel Watts follow suit with their track, ‘The Fall’. With an eerie vibe and progressive kicks, the track draws you in immediately. Glitchy sounds are sprayed throughout its layers, as Johann Heyss’ vocals come delayed adding to the mysticism of their track.

‘Monkey Neighbour’, produced by Kino Todo and Danelz, switches things around with an upbeat breakbeat drum pattern that evolves into disgustingly heavy kicks. A powerful track with wobbly acid synths rolled throughout its entirety, and monkey voices sprinkled between its layers. Lucky Done Gone provides a soothing finale to our compilation with ‘Signs of Wealth’. Driving percussion, lively synths and groovy bass lines cross each other's path in this track to produce a soundscape full of suspense and bliss.