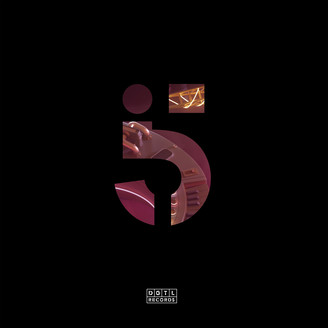 Play All 4x12"
DGTL Records - the official label arm of Dutch festival giant DGTL - marks its fifth anniversary in style with brand new album ‘5YRS of DGTL Records’. The 14-track long player is released on April 29th as a 4x 12” vinyl set and drops digitally across 4 separate EP releases between February 18 and April 1.

5YRS of DGTL Records is a perfect reflection of not just of the label itself but also its global event patron: headliners sitting equally alongside local talent and up-and-coming acts.. Holding a great variety of forward-thinking house and techno, the label stays true to the same formula of the festival shows. Over the past five years, DGTL Records has grown into its own as a fully-fledged musical arm of the overall DGTL musical experience, introducing new sounds and acts to an international audience.

For promising Dutch DJ/producers Coloray, Tjade, Nicky Elisabeth and Lucky Done Gone, this will be their first release on DGTL Records, while the likes of Deniro and JP Enfant are already familiar names to label fans, having previously released EPs on the label. All are linked to promising rising international talent such as Jimi Jules, Kino Todo and Terr and to DGTL 'veterans' such as Adriatique, Dax J, Roman Flugel and Frank Wiedemann & Trikk, who have been part of the DGTL family for years.

Once the digital EPs are fully released, '5YRS of DGTL Records' will be available as a very special commemorative 4x12" vinyl release. Presented in a tri-fold cover, the LP will feature artwork by Eric Smilde, who has incorporated the distinctive elements of DGTL festival at the NDSM Docklands into a 3D design. Known for its sustainable ambitions, DGTL continues along that path with this vinyl release, choosing to work with Deepgrooves, the world’s greenest vinyl pressing plant thanks to their innovative and leading working method. The vinyl will be ready on the weekend of DGTL AMS 2022 at the NDSM Docklands and will be available there for the first time.