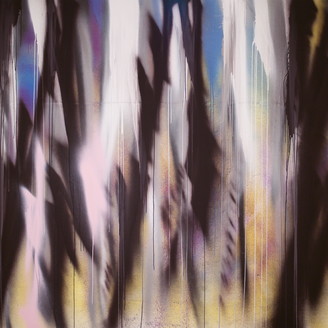 Play All 2xLP
children are laughing and playing in the back, a baby screams happily: handsome field recordings welcome the listener to the final chapter of fred p’s fp-oner trilogy for mule musiq.

the opening tune is called smiles, so children's laughter fit the mode. the idea is that smiles and cries are natural for children and as they grow to adulthood the reality becomes more, therefore the duality of life itself is obvious in the mood of the song.

the new york city native that is working on his very own music for almost 20 years explains about the beginning of his new album that features eleven tunes for deep meditative club use and beyond.

i chose to base this project on numbers in order to impart a bit of depth and substance. 5, 6 and 7 have a meaning in both the literal and esoteric sense. we as a species are a combination of matter and energy, so it is a matter of relating the two in harmony.

my experience as an artist expresses this. it’s like a testimony to the human condition and how we relate to treat and mistreat one another. this view is the base of a philosophy that is close to me, be-cause art imitates life.

so rather than doing a project that highlights ego posture, my intent is more about what can i give to the listener. as a human being, as an artist, what can i share? it's a part of a philosophical tug of war that goes a lot deeper than the expectation of what one might think a dance album or rather an elec-tronic music album should be.

it's food for thought, not candy and a soft drink, but real substance that stays with you.he reveals about the profundity of his trilogy. at large it is a journey inward, compelling, mesmerising and en-chanting.

for the final chapter fred p mostly produced in his studio in berlin on various synths and with a bunch of mysterious samples, all later organized and programmed in ableton. this project has a beginning mid-dle and end. the record 5 was intended to introduce a meditative energy within a rhythmic construct as the number 5 represents the dynamic and unpredictable.

the whole album carries the energy of that ilk. the album 6 is of an earthly and more harmonious dis-cord. i attempt to bring the inner conflict in the form of natural unnaturalness. the raw energy of the search in this project i think is self explanatory, which is the point i believe to show how flawed one can be but express very specific themes honestly.

finally, with 7 my goal is to merge the two into balance, as one focused state of mind as 7 is the thinker beyond understanding or beyond the illusion. this is my hope people take away from this: a feeling of growth, optimism and positive energy. we are dealing with vibrations every person resonates with, so the idea is where do you want to take that?

what do you want to do with that as an artist? you can do some good or some harm. for me i choose to give the best that i can and i hope that the people that participate get a sense of that.” true words by a kind and gentle soul that loves to speak in music.

they explain much and then leave things in the dark too, as he basically says: let the music play. so listen deeply, open your doors of perception, dance the atomic mess around, stay small, be true and don’t forget: fp oner’s music is a traveling zone with a universal meaning. it can mean many things to different people. but thus is the purpose of art.