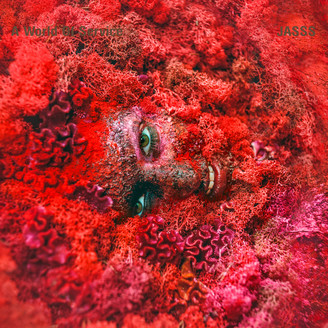 A World Of Service JASSS

Play All CD
Giving form to a broad personal project of continuous inquiry and existential expression, A World Of Service marks the Ostgut Ton debut of Spanish producer, DJ and artist JASSS aka Silvia Jiménez Alvarez.

The evolution of A World Of Servicehas curved around genre collapsing and unexpected metamorphoses. Formerly the name of the monthly radio show JASSS hosted in Berlin, and soon to be the title of her expansive multi-sensory touring concept in collaboration with Ben Kreukniet, here A World Of Serviceis powerfully concentrated in sonic form. Throughout the album JASSS muses on the especially current human and technological barriers to interconnectivity; both lyrically and musically she deconstructs the self, unmasks anxieties and interrogates the insufficiencies of language as applied to gender, identity and interpersonal relationships. Forming her own fluid, nuanced lexicon in response, JASSS seeks a deeper understanding of her multiple selves, emerging through unbridled adolescent rage and the wisdom of maturation, traversing liminality with abstract electronics and baroque industrial pop. Visually this is underscored by Matt Lambert’s uncanny floral cover portraiture, as well as the record’s distinct scent of wet earth, flower and woods developed for the album by Meri Bonastre and applied to the vinyl innersleeve.

Following the imaginative nostalgia of Weightless, her 2017 debut album for iDEAL Recordings, as well as her series of blistering dancefloor 12”s for Whities/AD 93, A World Of Servicefolds personal and societal concepts in on themselves, not seeking answers but rather luxuriating in the unique friction that questions create. JASSS is intensely focused yet musically unbridled; this is reflected in tonal shifts of A World Of Service. Through the computerised yearning and bruising of a heartbreak on “Luis”, to the jagged and wordless tundra of “Vapor Dentro”; the intriguing juxtaposition of warm, alluring Spanish vocals against rigid pillars of industrial heft and bass grind (“Camelo”), and the soaring maximalist industrial popof the album’s closer, “Wish.”

As intensity rises through the pandemic-era trip hop of the album’s title track “A World Of Service”, JASSS sings: “Pleasure / Is nowhere to be found inside this world of service / I call to be my life.” Pleasure may remain elusive to her, but in the determination to make peace with her various identities in this technological age, JASSS offers a compelling glimpse into an essential type of artistic voice.