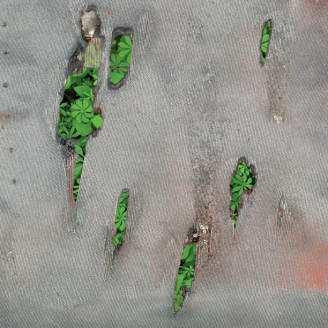 An album over five years in the making, ‘Agor’ is announced with the single ‘Joy Squad’, a track that has a life of its own already. Played by Caribou, Jamie xx and TNGHT in their BBC Radio1 Essential Mixes, with further support from Oli XL and HAAi, ‘Joy Squad’ now finally sees its proper release. The video was directed by Mau Morgo and Koreless, features dancer Alex Thirkle and was choreographed by Sharon Eyal.

There is an idea of hidden depths suggested by the title of Koreless’ debut album. ‘Agor’ is the Welsh word for open and it’s an apt name for a recording which exists at sensory thresholds, helping guide the listener from one realm to another less visited. It straddles various worlds of trance, ambient, contemporary classical, sound design, vaporwave and garage, while not sounding like an example of any of them.