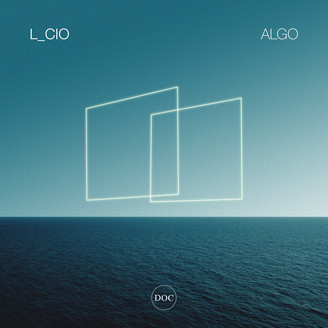 Play All Digital Single
L_cio is the man with the transverse flute responsible for some of the coolest tunes and unique live performances from Brazil. He has conquered a prominent position in the Brazilian scene that few artists managed to establish.

ALGO is the name of the new 2-track EP from L_cio.

The word “ALGO” in Portuguese (English “Something”) means “everything about which nothing is known”.

He has previously collaborated with the likes of Portable on the huge hit ‘Surrender’(best New Track at Pitchfork among others) and is a live act who has held residencies at plenty of key clubs in Brazil, performed in the main festivals and toured internationally. L_cio has releases on other fine labels like Perlon, Soul Clap Records, MEMNTGN, and D.Edge. His debut album Poema (D.O.C. 026) released in 2018 is an emotive affair with deep house grooves embellished with his own spine-tingling instrumentals and flute that has been mentioned as Best albums of 2018 from prestigious sources including Bravo! Awards. His amazing version of "Construção" from MPB hero Chico Buarque is a classic worldwide (Chico Buarque Construção Revisited - D.O.C. 022)

ALGO is L_cio at his best. Opening track “Algo 1" is beautiful melodic techno with mystic sounds. It is a classy cut with real emotion. Synths and beats construction to perfection.

Track 2 entitles “Algo 2 featuring BLANCAh" as a special guest creating something distinctly unique. BLANCAh is a producer, vocalist of her own works, DJ, and graphic artist. With her voice and whispers, she charms the audience and gained international recognition. Her music was played by Solomun on BBC Radio One and has support from Hernán Cattáneo. With her consolidated visual and musical identity, she remains one of the prominent names in the scene with releases by Renaissance, Steyoyoke Records, and Perception Corp. Perfect collaboration with L_cio

ALGO is also the new live show from L_cio who has teamed up with Room28 (Sala28) famous for its original sound and visuals. Room28 (Dekmantel, Timewarp) specializes in visual effects using 3D and TouchDesigner synchronization in real-time for sound and special lighting effects.

ALGO’s live performances are based on integration with the audience and the artists among themselves, through equipment that, in real-time, communicate using new technologies and algorithms

ALGO will always be unknown. L_cio is pure 100% music, whether when playing his transverse flute or when making live music with his arsenal of machines.