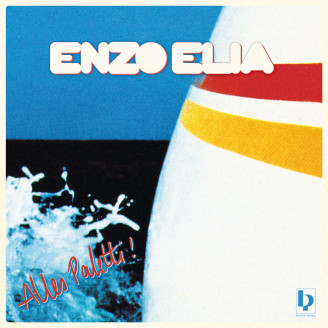 Play All LP
"High-Quality sound vinyl pressing! The timeless cover is made out of thick old-fashioned cardboard!

Black Pearl Records is very proud to present the very timeless and diverse club-music album "Alles Paletti!", by the internationally recognised and well respected DJ & Producer Enzo Elia.  "Alles Paletti!" will take you on a musical jurney through the 80s & 90s club music era and it´s genre-clash of Disco, New Wave, Electro, Dub, Balearic, Cosmic, Loft Classics to the early years of House productions, that again merges perfectly into the "Zeitgeist" of today. Growing up as a teenager and a music interested mind at those decades in Italy, of course Mr. Baldelli & Co. has left a permanent impression, and the "Cosmic" influence of this unique club scenery is easy to recognize in Elia´s music. Bringing all these influences and experiences of Enzo Elia together, melted into one piece of vinyl, is the perfect time-capsule that captures the essence of those influential early years onto this album.  The title "Alles Paletti!" resumes out of a typical Berlin phrase, shows the Berlin-Italian connection, and the city of choice for Enzo Elia to live for the last 12 years. The whole album was realised in a very playful time period of about one year, creating new ideas from scratch or building on Elia´s skteches together with the producer Roskow Kretschmann in his studio, preppered with quite a few guest insturmentalists and vocalists.  Since beeing a youngster Enzo Elia is spinning tracks and delighting audiences in small clubs to big festivals, releasing music on several reputable labels from mellow-sun-down-balearics to hard-hitting-techno, that made him the international respected DJ and Producer he is today