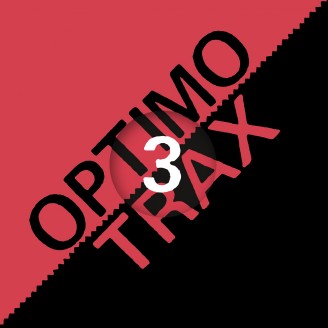 Play All 12"
Optimo Trax is an offshoot label of Optimo Music for tracks aimed at DJs/dancefloors. Yes, we know there are too many record labels already, but we felt an overriding desire to start another one as so much music that didn't seem quite right for Optimo Music (i.e. music that was specifically designed for dancing) kept coming our way. Like the parent label, Optimo Trax will release music by new artists and excavate forgotten classics.

LUMA is a project by Dave Clark from Glasgow. Dave had his first release as a member of State Of Flux in 1993 on T&B vinyl, the label Twitch ran with his DJ partner of that era, Brainstorm. Twitch and Dave have continued to work together in various ways ever since. He has released records as Truffle Club, and as Big Ned on Optimo Music as well as working with Twitch from 2005 - 2010 remixing a plethora of artists under the Optimo (Espacio) moniker before fatherhood necessitated him focusing on changing nappies rather than programming synths. Dave has also recorded under various aliases for R&S, Numbers, Stuffrecords, Dissident and Wireblock.

The twentieth anniversary of that first release seemed a fitting date for Dave to unleash his monster new club music alter ego, LUMA on Optimo Trax. Twitch thinks Dave is the best producer in Scotland and endlessly weeps into his gin and tonics about how unprolific Dave is, so was ecstatic when the 4 killer tracks were delivered that make up this third Optimo Trax EP.

These have been thoroughly road tested over the last few months at gigs around the world.