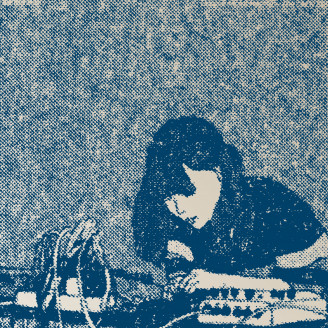 Whilst on her first ever European tour in December 2019, TENTENKO played a number of highly energised live shows in venues such as Salon des Amateurs or Alien Disko Festival Munich, where she has had the chance to finally meet up with some local electronic producers like TOLOUSE LOW TRAX, MIX MUP, KASSEM MOSSE and NIKA SON, whose work she had admired from afar for a long time already. Through these meetings the ideas towards this remix ep began to take shape.

TOLOUSE LOW TRAX toils a tuff sort of hypnotizing Crepuscule-Hiphop minimalism. His SPRAY SKY MIX is faithfully in tune with the original TENTENKO material whilst still bearing his most explicit rythmic signature.

MM/KM (MIX MUP and KASSEM MOSSE) have over the years consolidated a strong identity of non conformist dance music. When MM/KM stressed that they would rather answer (ANTWORTEN) the sounds of TENTENKO than doing a mere remix, this approach led not only to their “GET VERSION” but also ended up supplying the title of this EP.

NIKA SON’s MIZU-IRO MORPH is exploring a more narrative based dramaturgy of sounds that imbue the original track with a duskier cineastic appeal.

TENTENKO is a Tokyo-based electronic music producer. Her career began in 2013 when she joined the mainstream idol group BiS. Immediately after her departure from BIS in 2014 she commenced work on her solo project under her artist name TENTENKO. Since then she has radically reinvented her music away from glossy J-POP towards weird and industrial rooted dancefloor.