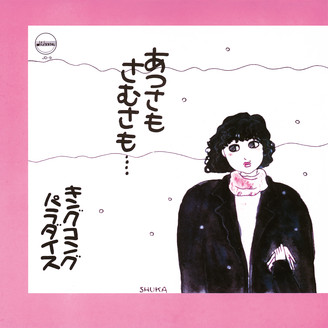 Play All LP
johnny’s disk record is an independent jazz label run by the owner of jazz cafe kaiunbashi no johnny located in rikuzentakata city in iwate prefecture, japan.

the legendary label released a string of albums of high quality but down-to-earth music, spanning from modern jazz, avant-garde jazz to left-field pop. albums such as “farewell my johnny / left alone” and “aya’s samba” has reached cult status among fans as some of the best works to come out of the japanese jazz scene.

following a cult classic jazz fusion album on bourbon records, king kong paradise delivered an album of alternative, left-field balearic rock that was way ahead of its time.

an anomaly that sticks out in johnny’s disk’s catalogue, the rare record may appeal more to new wave, reggae and rock fans than jazz heads—in fact, i wouldn’t be surprised if people like dj harvey or theo parrish dropped this oddity in their sets.

if you dig the kind of weirdness that’s being reissued by music from memory, you might find this record intriguing.