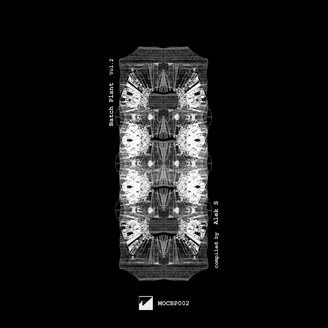 Play All Digital Single
The second edition of the “Batch Plant” series sees label artist Alek S up for the bat, showcasing his selector abilities in the first three tracks of the release as well as his remixing dibs, as he adds his own redub into the pack.

“Truth Or Consequences” label chief Francesco Belfiore stands in prime position with “Liquor Boat”, an electric composition channeling the Italian producer’s knack for stripped down atmospheres. Arching on a slow-paced build up dotted with dubby percussion, “Liquor Boat” manages to subtly stir up the mood while keeping a neutral groove at bay.

][ is the mysterious alias of Jake Chambers, head of the “Otto Okko Wumbe” label, who showcases up a lively yet laid back cut. Bearing a retro-futuristic, minimalist sound aesthetic, “Owl” benefits from a dubby percussive lead that gives its sense of a forward momentum.

“Stardub” label head Matt Star brings his first addition the moC inventory with “Freinight”, a slice of easy going deep tech with an almost imperceptible layer of tension. What’s great about Star’s arrangement is that it manages to build up a central motif, keeping the track dynamic while the overall mood remains perpetually grounded.

When confronted with a remixing option, Alek S chooses the mellowest track of the lot, morphing it into an entirely new, darkness-infused sonic exploration. A spacey mid tempo cut, the original “Liquor Boat” shows minimum traces in the reworked version, as we’re offered a raw dungeon techno reminiscing version.