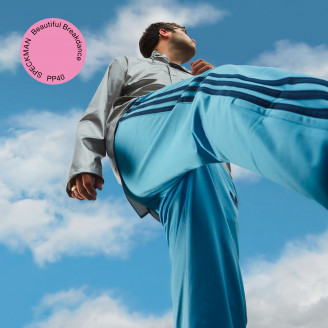 Play All 12"
Listening pays off. This is evident not least in the debut EP of Golden Pudel Club barman Paul Speckmann.

Long years behind the bar of the Hamburg club pub made him a willing listener to the numerous and diverse events there - from start to finish, something that very few "regular" clubbers can claim.

And these influences, from indie concert to electronica crunch, from jungle breakbeat massacre to dignified house groove, not only led to his varied DJ sets, with which Speckmann also made his house club happy, but certainly also served as inspiration for these wonderful tracks, which skil-fully oscillate between deep-dusty house, angereak indie dance and playful IDM jingling, often varying different elements in one track.

There is, for example, the delicately dreamy house hit "On The Flip", the latenight funk of "Star-ship", which would not be out of place on the Sunday MFOC floor, or the blurred indie ambient tune "Return", which captivates with campfire guitar and Sophia Kennedy on the vocals.

And these are just three of the seven tracks (or eight on the digital release) on the EP, none of which disappoint. Someone has listened carefully and learned his lessons. Chapeau!