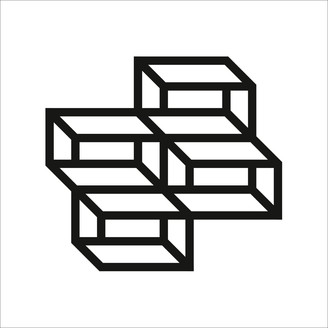 Play All 12"
Just This is Hunter/Game new label based on their well known party in Milan.

Just This is the expression of a social, metropolitan and underground movement we are living and going through all together. Our Mission is to give room and importance to Art and Music which are still evolving day by day. Just This is aimed to frame these changes, which are going to be the picture of today and the future memory of the cultural movement of this age, throughout a series of messages, images and sensation drawn inside the audience.

Furthermore, thanks to the energy, the happiness and the magic charm of our parties and events, talented and unique artists, from all over the world, use their way to interpret music to communicate people the real core of this change: the future is changing...

Kúra, which became a widely recognized electronic act in northern Europe, offered an opportunity to explore new areas, ideas and genres. He eventually got introduced to the underground techno society by Just This crew.

Primal was then inspired to evolve his soundscape in new directions, resulting in a previously unexplored, darker universe with hypnotizing melancholic rhythms and heavy bass-lines. The man behind Primal, Brynjar Bjarnfoss, was born in Reykjavík, Iceland where spent his early childhood years.

Since moving to Copenhagen at an early age, the music was always on the agenda. As a young adult he quickly got recognition in the Copenhagen underground electronic scene. He rapidly became a re-occurring act at various well renowned events, such as; Roskilde Festival, Distortion, Stella Polaris, STRØM and numerous clubs across Europe. He is currently featured as a newly implemented act of the Milano based Just This movement, and has recently cofounded the Just This record label.