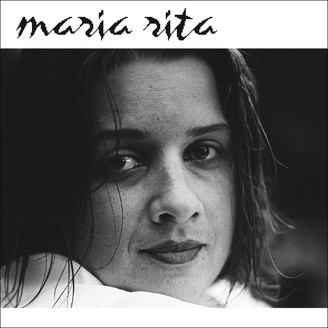 Play All LP
An original copy of the Brasileira LP by Brazilian singer Maria Rita Stumpf has been on top of collectors' and music lovers' wishlist for the past couple of years, since "Cântico Brasileiro No 3 (Kamaiurá)" broke out and cast a spell worldwide – from Japan to Brazil, from Norway to South Africa, everybody was flabbergasted after they first heard the song, and each and every time they heard it again. For the lucky ones that could listen to her whole album – and get to know other gems such as "Lamento Africano/Rictus" and "A Cidade"– it is clear that it is an ouvre that more people should have access to, not only an elite of listeners and connaisseurs.

The good news are that the LP will be available again in its entirety in a new, glossy, loud and clear pressing released through Selva Discos, a new label run by Augusto Olivani and Millos Kaiser (the DJ/production duo known as Selvagem) in partnership with JD Twitch's Optimo Music. It's a legit reissue overviewed by Maria Rita Stumpf herself, the music being remastered from the remaining DAT tape of the original release and artwork faithfully updated by Brazilian design studio Colletivo, featuring liner notes by the singer/songwriter.

“We were aware of the originality and rarity of this album since we put our hands on a copy of the Brasileira LP a few years ago, but it took time to learn that Maria Rita from ‘Kamaiurá’, the track that carried us away as soon as we first heard it, was the same Maria Rita with whom one of us knew since childhood. To reissue ‘Brasileira’ became a life mission. Also, it turned to be the seed that allowed Selva Discos to bloom.”

And another extract, taken from Maria Rita’s recollection on the serendipity that triggered the this release -

“Many years passed until I got a call from a close friend saying that his son, whom I had known since childhood, was my fan. I found it funny... I was slowly returning to music after years of directing Antares, a company I created and that brought thousands of artists to Brazil. He was a DJ who played my songs at the Selvagem parties and as he said, did not know that I was me, the same Maria Rita who worked with his father. This was a plot twist, a movie thing.”

Maria Rita Stumpf is owner of Brazilian production company Antares Produções, responsible for bringing international artists to Brazil for the past 30 years, such as Philip Glass and Mikhail Baryshnikov. After distancing herself from the music business since the Brasileira original release, almost 30 years ago, she’s now back in the game.

Augusto Olivani and Millos Kaiser have been working under the alias Selvagem for the past 5 years, standing by their monthly residencies in São Paulo and Rio de Janeiro, releasing edits and reworks for labels like Beats in Space, Disco Deviance and Disco Halal. Now they’re also behind the label Selva Discos, whose mission is to unearth and update exquisite, overlooked Brazilian music - not without the aid of JD Twitch from Optimo Music.