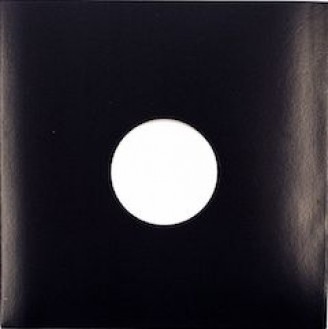 Play All 12"
Two of the best tracks off the Brasileira LP get an updated dancefloor treatment by Selvagem, Carrot Green and Joakim.

Those who experienced listening to the original Maria Rita version of "Cântico Brasileiro Nº3 (Kamaiurá)" on the dancefloor know it's such a thrilling experience that could only be better if the song was a bit longer. At the same time, it didn't make much sense to mess with the original. Having these thoughts on their minds, the Selvagem boys' Augusto Olivani and Millos Kaiser (the minds behind Selva Discos) had an insight while discussing the reissue of the "Brasileira" material with singer Maria Rita Stumpf: why not hit the studio and remake the track? Also, why not ask someone like Joakim, known for his exquisite taste and brilliant production skills, to remix "Lamento Africano/Rictus"? It would be the perfect package. And that's what happened.

In order to properly remake "Kamaiurá", they recruited Paulo Sergio Santos from Uakti, one of the musicians that took part of the original "Brasileira" recording sessions, a supertalented multi-instrumentist who still possesses a version of the plastic tubes responsible for the particular bass sound of the track and also a couple of flutes reminiscent of the ones first used (not to mention a lot of crazy instruments he brought alongside him; on a side note for those not familiar with Uakti, it was an instrumental music group from Brazil famous for creating their own instruments whose godfather was Milton Nascimento and peaked in the 1990's playing with Philip Glass). Carlos Gualda aka Carrot Green, who's been collaborating with Selvagem for the past 3 years, was also summoned for the mission.

The project of remaking "Kamaiurá" also needed a proper recording studio, so Augusto and Millos pulled a couple of strings to rent the legendary Vice-Versa studio in São Paulo (now owned by the Brazilian label Trama), which was founded by Rogério Duprat (yes, the Tropicalia maestro), Luiz Arruda Botelho, Sá & Guarabyra in the early 1970's – a beautiful, spacious acoustically-treated wooden room fully equipped and controlled by a Neve console. There, Paulo Sergio Santos recorded 12 different instruments (none of them electric or electronic) and Maria Rita Stumpf sang in a studio after more than 20 years, on a different arrangement than the original, with a new intro and an outro, also extending the song (including a breakdow) for a better dancefloor experience. Later, Selvagem & Carrot Green worked on the post-production, adding a kick drum, a hi-hat and some Rolando SH-101 punctuation, all very minimal, so the feeling of a jungle excursion of the new session would be preserved.

Concerning the "Lamento Africano/Rictus" remix, it's a great feeling when you present your first choice an idea and the person is just hooked by the power of the music. Joakim was just very interested about the singer, the instruments used, the lyrics and jumped aboard this project quickly. He didn't had the same opportunity as Selvagem & Carrot Green had, being offered to work with just the original song, but did an amazing job inverting the elements of this suite, using the kalimba-sounding instrument in the introduction and the African lyrics in the breakdown, turning this subtle, sensitive chant in a dancefloor monster.

Please note that the re-press comes in a black standard cover.