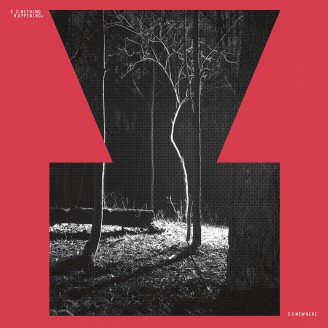 Peter Kruder – “Bushwalking original is fantastic. Love that dubbed out vibe. The Johannes Brecht remix is amazing too! Will play this.”

Catz ‘n Dogz – “WOW! Love the sounds and the groove of the original. I’ll definitely be playing this!”

Ivan Smagghe - Lovely! I used to play this track so much! The tail end of the Belgian golden era.

Chymera – “The original is really interesting. Raw and messy but with nice melodic flourishes.”

Danny Howells – “Totally up my street.. Each mix sounds killer! Dilated Pupils’ mid-tempo groove possibly standing out for me.”

Till Von Sein – “This is a dope original from Mayaku and Johannes’ remix sounds fantastic! Thank you for this gem!”

D’Julz – “Great to see Mayaku back! I used to play the original a lot years ago. Forgot how good it was.”

Luke Solomon – “Woah.. This is mega! Ace production – super drums – and it has the funk too.”

Franck Roger – “I am really liking that dubby vibe on Bushwalking.. Support from me!”

Willie Graff – “Lovely release. Haven’t heard anything from Mayaku in a while... Great to see them back! The original mix of Bushwalking is a killer. Will play for sure.”

As the three were strolling through the woods on the fourth day, they noticed the grounds starting to vibrate when headed in a certain direction. Following the heavily beaten path, a squalid beam of light arose through the depths of the forest..

On the flip side of the vinyl, slowing down the tempo and adding additional layers of density is Johannes Brecht. Bells and rhodes cooperate unifying melody and mystery, while the original killer bassline is retained for maximum effect, creating a remix suitable for almost every record bag out there.

Rounding off the EP is a final slow burner summoned by Dilated Pupils, a new collective from Nijmegen shrouded in secrecy. Hypnotising crowds, closing eyes, raising hands. Their Burning Bush Remix sounds as though it was recorded at the Rendlesham Incident site itself.

Conclusions could be drawn about what took place during those nights back in 1980, but the only thing that is certain was that Something was Happening, Somewhere.