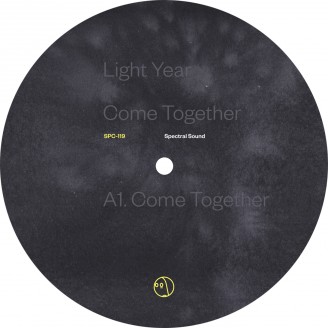 Play All 12"
Light Year came to be, many aeons ago, in a celestial orb - just slightly to the east of Australia's dance music capital, Sydney.

His first release "Night/Vision" on Sydney powerhouse Bang Gang 12's, gained worldwide praise and support from Soulwax, 2manydj's, Erol Alkan, Tiga and Brodinski. The Night/Vision EP was the first step on a road that has seen him innovate his way from electro through to the rebirth and reimagining of techno and house. His next release "5GIRL5", gained even greater acclaim, with high-rotation on BBC Radio 1, and a thorough working-over by disc jockeys the world over.

Light Year’s final release on Bang Gang: "Moderation" made waves within the electronic music scene with Tensnake & Tiga calling it one of their favourite tunes of 2012. Moderation later received remixes courtesy of Paul Woolford's Special Request project and Jori Hulkkonen (of My Favourite Robot and Turbo fame), which resulted in further worldwide acclaim. Light Year himself has turned his own hand to remixing, with impressive reworks for global sensation Tame Impala and indie darlings Flight Facilities.

2013 saw Light Year make a definitive move to the UK to allow himself to settle and hone his craft. The move paid instant dividends as Light Year enjoyed a very successful year in the studio with noteworthy releases on distinguished labels Turbo, Convex Industries and This is Music. Outside the studio, over the last 12 months he has supported a wide variety of some of the worlds most in demand DJ's including Simian Mobile Disco, Damien Lazarus, Tiga, Cosmic TRG, Claude Von Stroke and Skream. Including gigs throughout the UK, Europe and North America such as BPM festival and Holy Ship.

In March this year, Light Year will be releasing his highly anticipated first EP with seminal electronic music record label Ghostly/Spectral. As he continues to work hard behind a rack of drum machines and synthesizers, in his studio, making sounds to merge the global dance floor community into a singular consciousness of light, sound and dance.